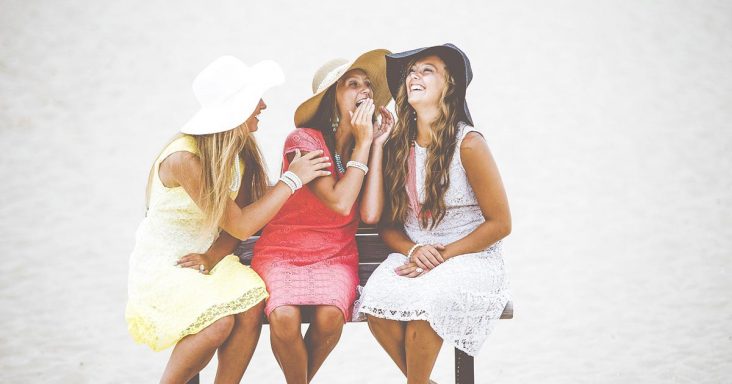 So, what is your perception about the gorgeous and admirable goddess-like gender called WOMEN?

Well, you might think they are all about spending an unfathomable amount of time on their makeup and insanely pass the remaining hours on their phones.

And, still, you wonder why you wouldn’t score with any women!

Quite precisely, your idea about a woman is completely based on what society has made you believe.

And frankly, it isn’t your fault.

John Gray taught us, Men are from Mars, and Women are from Venus, and quite some revolutionary psychologists backed up this thinking too. However, John Gray also illustrated the fact that women are always more mature, emotional, and far too sensitive than men.

And ladies that isn’t a bad thing.

But, since we are living in the 21st century, women are no longer the subject of prejudice, repression, and gender-biases.

Agreed that women can be complicated at times, but nothing that little efforts and sanity won’t help you understand. Remember, women today are stronger, wilful, caring, determined, loving, and all the other adjectives available in the dictionary.

Women aren’t a jigsaw puzzle or a maze; they are human beings with feelings. Understanding a woman isn’t some rocket science; it is a simple ‘Interesting Facts you Should Know’ column. And, with our help, you might as well get to know women in your life better.

So, let’s go fellas, and dive into the most interesting facts about women!

Contents show
10 Interesting Facts about Women that Every Men Should Know
Number 1: A lot of what they do is based on emotional logic, but not always
Number 2: Women mature faster than men
Number 3: Physical changes in women does affect their mood
Number 4: They respond to pain and anxiety differently than men
Number 5: They can be strong and resilient, but they still need nurturing every now and then
Number 6: A woman’s brain is different than a man’s
Number 7: Women love people who are great listeners
Number 8: Women are born leaders, not followers
Number 9: PMS is a real thing for women
Number 10: Women do possess some intuitive power
Conclusion

10 Interesting Facts about Women that Every Men Should Know

Number 1: A lot of what they do is based on emotional logic, but not always

We get it; women are far too emotional than men. But that doesn’t mean that everything they do is based on the tornado of emotions in their mind.

Female logic, just like its gender counterpart, is based on a situation and what it requires, an emotional or a logical side.

And yes, women do portray their spontaneous behavior in the arguments, only when the other side doesn’t make any sense. Rather than stating notions, women state facts, and all their conclusions are a derivative of it.

And alas, there is some truth in women maturing faster than men. And that isn’t just because they hit puberty earlier than men.

Scientists have discovered that the female brain can develop up to ten years earlier, at the age of 10, than boys who generally mature between 15 to 20 years of age.

This could also support the fact that women tend to stay mentally sharp longer than men.

Number 3: Physical changes in women does affect their mood

Well, did you know that women go through adolescence twice?

First is when they ‘Become a Woman’ at the age of 10-15, and the second phase is called Perimenopause in their 40s.

And these physical changes and hormonal fluctuations not only impact their mood and cause physical discomfort, but it changes the way she thinks too.

This is why, when you think women are going crazy, they are actually battling a whirlwind of hormones within them.

Number 4: They respond to pain and anxiety differently than men

The female brain is more responsive to even a small amount of stress and pain. Moreover, women report more pain throughout their lives, prominently in their bodily areas, and for longer durations than men.

Well, think about all the pain women go through during menstruation, childbirth, lactation, Perimenopause, and menopause. And that isn’t even the end of it!

Women can tolerate stress to some level, but when combined with anxiety, that could kill her. This is the reason why women are more prone to depression and post-traumatic stress disorder than men.

Number 5: They can be strong and resilient, but they still need nurturing every now and then

Modern women don’t act depending on someone else’s commandments; they are, by all means, their own person. If they set their mind onto something, they will try everything to achieve it. That makes them strong, focused, talented, and resilient.

But at the end of the day, they are still women!

Who loves a little pampering, love, and attention.

Women and their bucket list of tasks, roles, and responsibilities can be really exhausting.

So, it is more than human to want some love and pampering.

Number 6: A woman’s brain is different than a man’s

Although we belong to the same species, still, both the genders have structurally different brains.

Males have bigger brains, in terms of volume and size than females, mainly because of their bustier and bulky appeal.

Moreover, the parts of the brain responsible for certain functions are different in both.

Probably, this answers your question as to why females are more emotional than males.

And vice versa too.

Women love people who like to listen to her. Not that they won’t give you time to speak your mind, but they would like it more if you let them speak and not cut through their conversational flow.

Women love responsibilities, especially when it determines their professional capability. Also, women are born with leadership qualities, powered by logic, analytical, and critical thinking. This is why they deserve to be on the top of the ladder and not below.

Also, because a larger chunk of the 21st-century women are more educationally qualified and achieve high scores than men, it is no wonder that more and more women are being appointed at executive positions in a company.

Number 9: PMS is a real thing for women

Menstruation in women is orchestrated by the constant fluctuations of female hormones, coupled with pain, irritation, and agony.

But that isn’t the worst thing about periods.

It is the emotional and body changes especially before the period starts (called the pre-menstrual syndrome).

So, when you see females suffering from mood swings, staying up in bed all day, curled up in their blanket, and eating ice-cream and chocolates, it is not a made-up thing. It is for sure real.

A tip of advice for men, if you really care about your woman, then take a day off and pamper her. She really needs it at ‘That time of the month’.

Call it mind-reading, mystic, or psychic ability, but women’s intuition is related to her biology and not some supernatural power.

Throughout evolution, women have been chosen over men to keep the young ones alive. Whether it is what infant needs, if they’re hungry, are they feeling well, women can understand different requirements of warmth, food, and love even when it isn’t directly communicated.

This is one reason why women consistently score higher than men on reading non-verbal cues. With that said, women can most easily identify any unspoken messages conveyed in the form of actions, facial expressions, postures, tone of voice, and glares.

And we’re not making this up!

This data is backed up by scientists as well.

So, next time a woman tells you she feels something, chances are that she is right!

More importantly, women aren’t just gender but a person too.

And like any other person, they require happiness, love, and compassion.

Give that to them, and you’ll be surprised at what women would do for you!

With these interesting facts about women that men should know, you never know you might actually connect with a great gal.