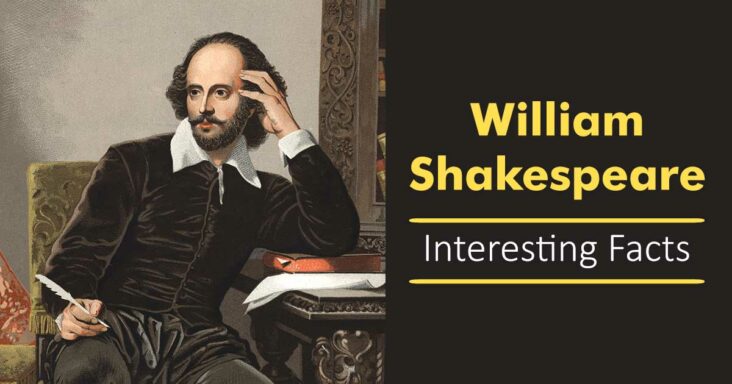 To be, or not to be, that is the question!

Or, all the world’s a stage, and all men and women merely players. They have their exits and entrances. And one man plays many parts in his time.

Or, I am one who loved not wisely but too well.

The wittiest and thrilling playwriters of all times, a man whose stories and acts still inspire several Broadway and movie productions, a human whose reputation and creation proceed further than his name. I am talking about none other than the writer of several famous plays like Romeo and Juliet, As You Like It, Hamlet, and many more, Sir William Shakespeare.

The name, Shakespeare, is ingrained in British culture and history and nobody ever can take his place!

Many of us have either learned about him through our school curriculum or after watching his plays and movie enactments or read one of his translated works.

Irrespective of how you know about it, one thing we all will agree is to is the fact that he was an acclaimed and brilliant playwriter, probably one of the best this world could ever have.

But, what do we know about this magnificent playwriter other than his artistic pieces of stories?

Do we know what inspired them to write such great plays?

Or, do we know why this London playwright is widely known and recognized by all generations?

So, let’s dive right in!

Fact 1: We haven’t been spelling the name William Shakespeare correctly

After 500 years, you might think you know almost everything about William Shakespeare only to find out that you’ve not been pronouncing his name correctly!

Well, the truth is, sources say that during his lifetime, his name was spelt in 80 different ways, right from Shappere to Shaxberd. Even in the handful of documents that survived after all these years, he never spelt his signature as William Shakespeare.

Shakespeare belonged to an era that didn’t have standardized English spelling as we have it today. Indeed, people didn’t know how to spell their names too, which is why different documents had different spellings for his name.

Shakespeare’s life from 1584, post his twins’ baptism to 1592 when he was insulted by Robert Green as an upstart crow is unknown to biographers.

However, some biographers say that his insult deciphers he must have made something out of his name by then.

But, what did this amazing playwright do for those seven lost years of his life?

Well, most people claim he went on a tour of continental Europe or maybe joined an acting troupe, but nobody knows what reality is.

Seem like this will forever be a baffling question for historians.

Fact 3: Shakespeare doesn’t belong to the Elizabethan age of writing

While most of us know Shakespeare to be a renowned playwright of the Elizabethan era., all of his plays were written post the death of Queen Elizabeth I.

And that makes him a Jacobean writer and not an Elizabethan writer.

Fact 4: His parents and children all were illiterate

Well, not as per discretion, but as per most of the biographers, his parents, John and Mary Shakespeare never learned to read or write, which isn’t a surprising fact since most people weren’t educated during that time.

But, not just them, his wife and their two children, Susanna and Judith, were found to be illiterate too. That means, unlike Shakespeare, who could write great plays inspired by the general happenings, his parents, wife, and children couldn’t even read it at all.

Fact 5: Shakespeare wrote a curse as his tombstone’s epitaph

Mostly, people like to write inspiring and religious statements on their tombstones, but William Shakespeare wasn’t one of them. In fact, he scripted a curse for his grave, scaring everyone that dares to move his body.

As per historians, his epitaph read:

To dig and dust enclosed here,

And the crust is he that moves my bones.

Shakespeare probably did that because he knew that ordinary parishioners weren’t granted permanent tenure when buried inside the sanctuary, and this verse incantation was to disallow any possible eviction.

It is one reason why nobody dared to go near his tomb in Trinity Church, Stratford-upon-Avon. His grave remains untouched since 1747.

Fact 6: He introduced more than 3000 words to the English Language dictionary

Shakespeare has been recognized by the Oxford English Language community to introduce more than 3000 words to their dictionary. His extended vocabulary ranged from 7000 to 29000 words, which is double of an average conversationalist.

It can be attributed to the fact that he belonged to an era with limited English language skills, which is why he could discover so many words.

So, thanks to Shakespeare for words like woes, foes, fashionable, and many more.

Fact 7: We are still speculating his real birth date

For most of the former writers and authors, nobody knows the exact birth date of Shakespeare. Mostly, all that is left is his christening records dated April 26, 1564. Given, christening in those days took place only a few days after birth., he might have been born around April 20 to 24.

As per most biographers, he was born on 23 April; a date now celebrated as the famous Bard’s birthday.

Fact 8: Shakespeare’s death is still a mystery to many

As per John Ward, the vicar of Holy Trinity Church in Stratford, Shakespeare, Drayton, and Ben Jonson had a fine meeting one day, and it seems they drank too hard for Shakespeare to die of a fever he contracted there.

However, as per most historians, it reads to be a baseless anecdote. However, it should be noted that around that time in 1616, there was an outbreak of typhus fever, known as the new fever, thereby supporting Ward’s story of his death.

Shakespeare’s death is still a mystery. Nobody truly knows the cause of his death.

Although you might feel that this gifted writer might have achieved his writing skills in college, Shakespeare left school and formal education when he was fourteen years old, in 1578.

He did attend King Edward VI Grammar School in Stratford-upon-Avon from age 7 in 1571, but his activities when he left school are impossible to trace. Some resources suggest that he might have worked as a schoolmaster, a lawyer, or a glover with his father and brother.

However, other resources that talk about how he worked on developing his skills as a literary craftsman while travelling and visiting playhouses is also plausible.

Fact 10: He was also a great actor

While you must think that he was only a good writer although he was an amazing actor too. He wrote 37 plays & 154 sonnets and performed many of them along with other playwrights like Ben Jonson.

Some say that he honed his acting skills during the time of his lost years as well.

You may also want to read: 10 Amazing Facts about Chanakya

William Shakespeare lived full two lives, one before he started writing and the other post gaining name, fame, and money. For literary experts, Shakespeare was a playwright who laid the bricks of playwriting during the earlier times, for which people adore and respect the man.

Hope these facts about William Shakespeare detailed a few things that you never knew about him.  After all, he was a master playwright! 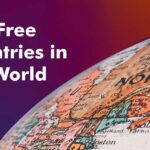 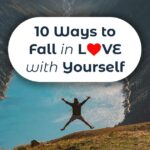