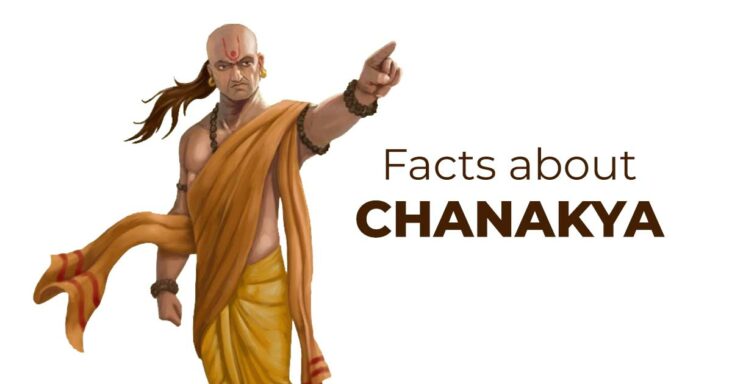 Most of us Indians who’ve dedicated their youth reading about India’s rich history knows Acharya Chanakya as a great scholar, a clever teacher, a philosopher, an economist, a financial adviser, and a master strategist who played an instrumental role in establishing the Maurya Dynasty in India. Even though several books, including his own creation, talk about this life as a royal adviser, we have very little knowledge about his life. Honoured with the names of Kautilya and Vishnugupta, Chanakya, a stalwart from ancient India with his works in terms of economy and management studied till today. His book, Arthashastra, is still referred to and followed in many Indian institutes, new and old.

Without a doubt, Archarya Chanakya was one of the great scholars, a great economist, and a revolutionary adviser during his time. He had an inexplainable command in the fields of economics, ethics, philosophy, and politics. Though his teachings are more than 200o years old, they are a box of knowledge relevant to present situations, and many people still follow his instructions.

Here we discuss the top 15 facts about Chanakya, the man who laid the stronghold of the Maurya Dynasty, a true figure of ancient India, and a godfather to the empire of Chandragupta.

Chanakya was responsible for laying the bricks for the first most prominent and most powerful Indian empire with the help of Chandragupta Maurya; the latter became the emperor of one of the most expansion dynasties in India as just 19 years old. His strong command of politics and philosophy helped him mould Chandragupta Maurya as one of the greatest Kings who ever lived on Indian soil, along with his son, Bindusara. He dedicated his life to the Mauryan empire and played a significant role in forming the verses of the Indian economics we study today.

Fact #2: Chanakya was born in a Brahmin family

Chanakya was born in 350 BC to a brahmin family. His father, Acharya Chanak, was a revered teacher and a scholar himself, and that is how he got his name, Chanakya. His father was a part of the Takshila University and the nation’s trust funds, which is why Chanakya received education very early. However, his Kautilya name was derived from his clan, Kotil.

Fact #3: Chanakya started his career as a teacher in the Takshila University

Around 350 BC, when Chanakya was born, Takshila University was a pioneer center of education and information around the nation. In fact, it was one of the most recognized and popular universities around the world. It is why Chanakya started as a teacher in the same university and taught subjects like science, commerce, astronomy, and geography, amongst a few.

Fact #4: He was an ocean of knowledge and cleverness

Chanakya was blessed with an intellectual mind and was highly clever even during the early times of his life. He made plans that had hundreds of backups for every situation. He was blessed with long-sightedness, which made him think ahead of an average person. His intelligence, apart from politics, is the reason why he was able to build one of the greatest empires in India.

However, his stronghold lay not only with economics. During his life, he acquired knowledge about medicine and astronomy. He mastered the Samudra Shastra- a science of studying, judging, and analyzing people and their thoughts through their facial expressions.

Fact #5: He wasn’t a fan of women and their actions

The great scholar Chanakya always said that women and their indecisive tendencies could not be trusted. He believed that women lead to low moral character and falsehood, and men should be wary of such females. He considered women who were an expert in household chores and faithful to their husbands as pious and good. However, one thing to be noted here is that he didn’t believe every woman to be flawed, nor did he conclude that all men are entirely flawless.

Fact #6: His self-respect took flight after being insulted by the Nanda dynasty emperor

Quite popular among the historians is the story of how Chanakya was insulted by the emperor of the Nanda Dynasty who ruled the prominent and mammoth Magadha Kingdom at that time and how he took it to its heart, and then became an ally of Chandragupta Maurya who had been exiled from the Nanda Dynasty. Probably one of the biggest lessons in history, Chanakya’s insult led him to mould Chandragupta Maurya, who would later become one of the greatest emperors of all time. He educated, guided, and helped Chandragupta gather a small army, enter Patliputra, the capital of the Magadha Empire, and spark a civil war using this shrewd and clever mind.

Eventually, Chandragupta overthrew the Nanda Dynasty ruler in 322 BC, ending the reign of one of India’s great empires and commencing the Maurya Dynasty’s rule, which ruled quite a large chunk of the country till 185 BC.

Fact #7: He united the kingdoms against the attack of Alexander, the Great

Apart from being a cunning scholar and economist, Chanakya was also known to unite the existing Indian Kingdoms against the attack of Alexander the Great. He assisted in raising the army of young girls called Vishkanyas to be effective against his enemies. Those girls were given training right from their childhood. These girls were to seduce and kill their enemies by kissing them with their poison-applied lips. They were also told to ingest a small amount of poison with food so that their body can become immune and resistant to poison, and they, therefore, can survive even in the harshest conditions. All these details are mentioned in Chanakya Chant, written by Ashwin Sangi.

Fact #8: His death is still unexplainable and unbelievable

During the last days of his life, Chandragupta Maurya named his son, Bindusara as his successor, with Chanakya as his chief advisor. However, Subandhu, a minister of Bindusara, laid the seeds of enmity between them. He didn’t like Chanakya receiving respect and admiration from Bindusara and so came up with a treacherous plot that Chanakya killed Bindusara’s mother.

As per fables, Chandragupta Maurya mistakenly fed poisoned food to his wide. And since she wasn’t immune to the poison like Chandragupta was, she died. During the time of her death, she was just a week away from delivery. So, Chanakya took it upon himself to save the child. He cut open Chandragupta’s wife’s belly before the poison could reach him. Although the child was saved, a touch of poison was left on his forehead, which led to his name being Bindusara.

After Subandhu convinced Bindusara that Chanakya was the one who murdered his mother, This led to several differences between them. Chanakya could not absorb that Bindusara, whom he loved like his own son, would think this way about him. Therefore, he left the palace and starved himself to death.

Fact #9: His book, Arthashastra was lost after the 12th century AD until 1904

Chanakya wrote several books during his lifetime, two of them being the most notable books during that era, Arthashastra, and Nitishashtra. Arthashastra is a philosopher’s guide on how to run an empire. Chanakya had mentioned his ideas on diplomacy and war and is regarded as a practical approach to running a dynasty. The book was written on palm leaves and served as a treasure trove of administration. However, after the 12th century AD, it disappeared and wasn’t found until 1904 by R Sharmashastry, the librarian of Oriental Research Institute, Mysore. He then published the book in 1909, with its English translation being published in 1915.

Due to the lack of records, facts about Chanakya are not much, but several legends surround his name. When a Greek explorer, Megasthenes, visited Chandragupta’s court, he became good friends with Chanakya. One day, he went to see him when Chanakya asked him to wait a while. After completing some official work, he turned off the lamp and lit another one. When Megasthenes asked him why he did that, he said that he could use state oil for state work, but since talking to his friend is a personal matter, he will not use oil provided by the state.

Although some facts about Chanakya are old legends and fables, nobody can deny the fact that Chanakya was a true diplomat and statesman. His ideas and teachings on political activity have served as an inspiration to many. In fact, several law colleges include Arthashastra in their curriculum due to its ingenuine learnings. Chanakya was leap years ahead of his time, and maybe that’s why he’s regarded as the best Indian diplomat ever lived. 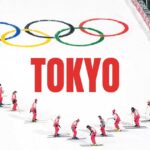 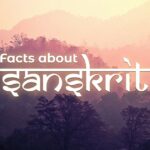