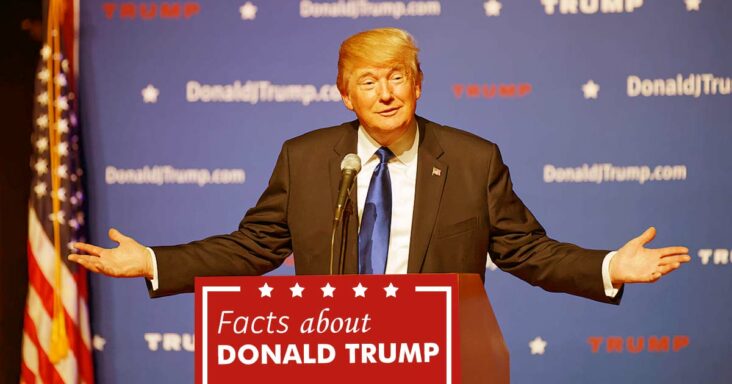 But Trump is not just your conventional politician, he is a multi-billionaire and helms several successful businesses.

Here are some amazing facts about Donald Trump that you probably never heard before.

Contents show
Interesting Facts About Donald Trump
1. Donald Trump gets his haircut from his wife
2. Trump has never consumed alcohol
3. Donald Trump was sent to military school
4. Trump also stood in the 2000 presidential election.
5. Trump owns thousands of apartments
6. Trump has filed for bankruptcy 6 times
7. Trump owns 19 golf courses around the world
8. Trump was an owner of three beauty pageants
9. Donald tried to sue an author for $5,000,000,000 because he called Trump a millionaire instead of a billionaire.
10. Trump is of German and Scottish ancestry
11. He doesn’t like shaking hands
12. 13 cents
13. The Controversial Trump
14. Sexual Misconduct
15. Registered Democrat
16. Bankruptcy
17. Donald Trump is a WWE Fan
18. Donald J. Trump Foundation
19. Sued Bill Maher
20. The Apprentice

1. Donald Trump gets his haircut from his wife

Once Trump told Playboy magazine that his wife, Melania Trump gives him a haircut.

Trump is a teetotaler. Not just alcohol, he has never consumed either drugs or smoked cigarettes. The reason behind this is his brother’s death, who died because of his alcohol addiction in 1982.

Due to Donald Trump’s bad behaviour, he was sent to military school during his teenage years.

He won the California presidential primary for the reform party in 2000.

6. Trump has filed for bankruptcy 6 times

He never claimed himself bankrupt but was filed for bankruptcy 6 times for his business properties between 1991 to 2009.

Donald Trump is closely associated with Golf. He has played golf with famous golfers and celebrities including Tiger Woods and Peyton Manning.

He owns 19 golf courses around the world, including 3 that are still under construction. Trump’s golf courses are known for hosting major golf competitions.

8. Trump was an owner of three beauty pageants

He was an owner of three major beauty pageants. Between 1996 and 2015 he owned Miss Universe, Miss USA and Miss Teen USA.

Donald tried to sue an author for $5,000,000,000 because he called Trump a millionaire instead of a billionaire. Click To Tweet

Donald Trump filed a lawsuit against the author of the book TrumpNation, Timothy O’Brien.

The author claimed Donald trumps net worth between $150 million to $200 million. However, Donald Trump and his lawyers were not able to prove that the author committed actual malice.

10. Trump is of German and Scottish ancestry

You will be surprised to know that the current President of the United States of America is a Germaphobe and he doesn’t like to shake hands.

Note: Germaphobes are those who are obsessed with cleanliness and have an extreme fear of germs.

SPY Magazine once sent the cheques of 13 cents to some of the world’s richest people to see who would cash them. There were only two people who cashed out the cheque; an arms dealer and Donald Trump.

This one is really surprising amongst all the interesting facts about Donald Trump. Isn’t it?

Trump has been sued 3,500 times by his business partners, contractors, clients, banks and employees.

As of 2017, 24 women have accused Donald Trump of inappropriate sexual behaviour in several incidents.

Donald Trump never files personal bankruptcy but for business properties, he has filed bankruptcy 6 times. Donald Trump once quipped that “I do play with bankruptcy laws—they are very good for me” as a way of cutting debt. ?

Donald Trump is a huge fan of World Wrestling Entertainment (WWE). In 2007, he took on Vince McMahon the founder and chairman of the WWE.

Trump started “Donald J. Trump Foundation” in 1988 but was shut down in 2013 by the NY State Attorney General’s office for multiple violations.

Donald Trump was paid $375,000 for each episode of the television show “The Apprentice”.

How many of these interesting facts about Donald Trump did you already know? Let us know in the comment section below. 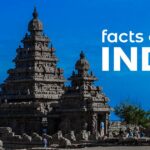