United we stand, divided with fall. This famous statement by a former American president, Abraham Lincoln, stresses the concept of collectivism, wherein if individual members of a group refrain from the binding ideals like union, alliance, confederation, or coalition and work on their own instead of as a team, they are doomed to fail and be defeated. And in Indian history, there is no better leader than Sardar Vallabhbhai Patel, who stands true to the virtue of unity and diversity. Better known as the Iron Man of India, India’s first Home Minister and India’s first deputy Prime Minister, Sardar Vallabhbhai Patel, played an instrumental role in uniting the princely states to form India we know today.

He fought against the idea of sexual disqualification throughout his life that barred women from contesting the elections. He believed in an India that was just and equal for all its citizens, and it was this ideology that led him to win the honour of India’s first Deputy Prime Minister till the Jawaharlal Nehru rule. However, an old Indian fable states that if Sardar Patel would have been elected as the President of the Congress, perhaps he would have been the first Prime Minister of independent India instead of Jawaharlal Nehru.

Born on August 31 August 1875, the Iron Man of India suffered a heart attack on December 15 December 1950, at the Birla House in Bombay (present-day Mumbai). He was awarded the highest civilian award of the country, Bharat Ratna, posthumously (1991). Although Sardar Patel himself was against building statues and memorials, the present Indian Prime Minister, Narendra Modi, unveiled the Statue of Unity on Sardar Vallabhbhai Patel 143rd birth anniversary. If he had been alive today, he would have vehemently opposed the state government’s project of a 3000 crore sculpture of himself. And that’s the first fact about the Statue of Unity for you.

What is the Statue of Unity?

The Statue of Unity, called the world’s tallest statue, was unveiled by Prime Minister Narendra Modi in Gujarat on October 31 October 2018, on the birth anniversary of Sardar Vallabhbhai Patel. Called ‘The Boss’ by the Times magazine was his efforts to create the Republic of India by uniting 562 princely states of the country and introducing life-changing reforms as the first Minister of Home Affairs after the country’s independence. In addition, he played a significant in India’s fight for freedom, which is why the government decided to honour the Iron Man of India with the tallest statue in the world.

The Surprising Facts about the Statue of Unity

The Statue of Unity, brought to fruition by Michael Graves and Associates in collaboration with the Turner Construction and Meinhardt Group, took around four years to design, construct, and complete. Here are a few standout facts about the Statue of Unity, including some mind-boggling statistics on the architectural materials used in its construction.

Fact #1: Statue of Unity is, In fact, the Tallest Statue in the World

The project was announced in 2010, but the ceremonial ground-breaking took place on October 31 October 2013, when Narendra Modi was the Chief Minister of Gujarat. The Statue of Unity is known to be Modi’s dream project. The Gujarat government set up a Sardar Vallabhbhai Patel Rashtriya Ekta Trust (SVPRET) responsible for constructing the statue. Since that day, the trust has organized several outreach programs to collect the raw materials required to build the statue.

Fact #3: Over 50 Lacs Kg of Iron was Crowdsourced for this Project

Over 2.25 crore kg of cement, equivalent to the weight of 56 Boeing 747 planes, was used to construct the statue. The design was finalized by sculptor Ram Vanji Sutar, a receipt of Padma Bhushan in 2016. The renowned sculptor has built over 50 figures in his career, including the statue of Mahatma Gandhi situated inside the Indian Parliament.

Fact #5: The Total Cost of the Project was Around 3000 Crore

The construction work commenced in October 2013, and the estimated cost of the statue was about 3000 crore. However, during the project biddings, Larsen Turbo won the contract; the amount set was 2989 crore. The government targeted the project completion by October 2018, and the statue was inaugurated on Sardar Patel’s 143rd anniversary.

Fact #6: Several Families had to be Relocated for the Statue

It is said that the government of Gujarat relocated over 185 families to make space for the figure, compensating them with 1200 crore of new land. Moreover, around 3000 Indian workers, including 300 engineers from Larsen and Turbo, along with several other hundred labourers from China, contributed to the construction efforts.

Fact #7: It is Located on the Sadhu Bet Island

The statue faces the Narmada Dam and is around 3.2 km away from the Sadhu Bet. It consists of three floors- the exhibit floor, mezzanine, and the roof. It encompasses an area of 20,000 square meters and is surrounded by a 12 square kilometre artificial lake. Since it is made from iron, the Statue of Unity will turn green from the original bronze colour in 100 years due to the natural ageing process.

Fact #8: There is a Chinese Contribution to the Statue of Unity

As per a statement issued by Larsen and Turbo in 2015, the entire statue of the Sardar Patel is built from raw materials sourced from India, and only the bronze plates were sourced from China. That valuation totals 9% of the project value. This prompted a lot of political tension from the opposition parties over the ‘Made in China’ comment.

Fact #9: The Statue of Unity can Withstand Earthquakes and High Wind Velocity

The Statue of Unity is designed in such a manner that it can resist a wind velocity of more than 60 meters/second. Apart from the wind factors, the statue can withstand vibration and earthquakes up to the 6.5 Richter scale.

Fact #10: The Statue Sends on a Solid Base

The statue is erected at a 3-story base, comprising a memorial garden on the ground and a large exhibit hall that focuses on the timeless achievement of Sardar Patel.

The Statue of Unity is an enormous pride of our nation. It reflects the unionism in our country and attracts visitors from all around the world. Sardar Patel believed in a just and thriving India that provided its citizens with equal opportunities. And, the Statue of Unity is an inspiration for all of us to stay united at all costs.

How many of these facts about the Statue of Unity did you know? 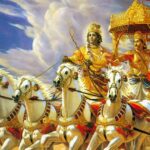 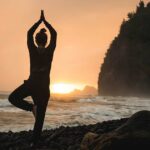