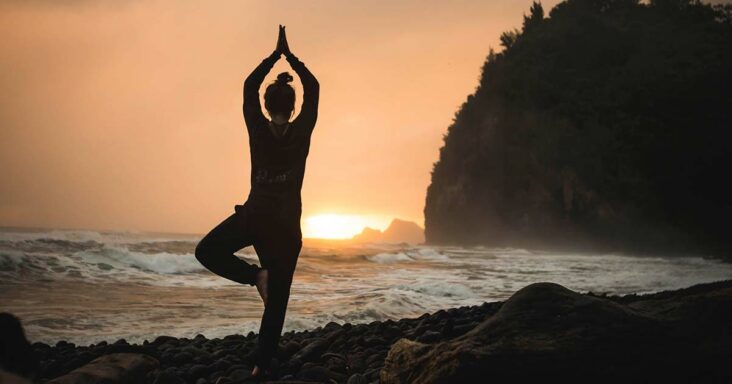 Over the last year, since the full-blown COVID-19 crisis, one thing that everyone understood is that health is wealth. If you’re healthy enough, exercise regularly, and eat clean, you are more prepared to fight off the virus. Fitness is of great importance to every human, especially about the turnout of the last year’s event. If people weren’t spending much time on their health, they have been increasingly doing so. And Yoga turned out to be the fitness expedition of choice for people around the world. This ancient form of exercise, known to unite your mind, body, and soul gained tremendous importance and adoption since 2019. Not that it wasn’t practised before the crisis, but a lot of people aligned the benefits of Yoga boosting immunity and strengthening our respiratory system, all of which work as adjunctive therapies for COVID-19.

One more thing to note over here is, Yoga, unlike other forms of exercise, emphasizes the complete integration of body and mind in stimulation with the breath. Introduced over 7000 years ago, the rich and exotic Indian subcontinent is said to be the founding grounds of Yoga. Several Vedic scriptures talk about Yoga and how it was considered an imperative form of meditation. The word, Yoga, originates from the Sanskrit word, Yuj, meaning integration or union. It promotes a healthy way of life-one that keeps you away from mental and physical diseases and allows you to establish more control over your body.

The practise of Yoga has been linked with calming and controlling anxiety, depression, negative emotions, and more. It is known for its body learning effects. However, there is more to Yoga than these worldly known facts.

Here we discover more about the world of Yoga and uncover some of the most baffling and mind-blowing facts about this meditative practice.

Fact #1: Ayurveda and Yoga are connected

Well, this might not come as a surprise to you since both the sciences preach about uniting your body, mind, and soul- Yoga is a part of Ayurveda. While Ayurveda deals with healing the human body in a natural process via natural ingredients, Yoga advocates the same idea. Moreover, Ayurveda is known for detoxifying your body in natural ways; Yoga cleanses your mind and body. Several other similarities between Ayurveda and Yoga prove that both the Indian origins talk about giving up complex things in life and practising the easy.

While most people who practice yoga do so to lose their weight or stay fit, that isn’t the only thing yoga is good at. Yoga promotes a simple and healthy way of living that depends on only breathing and the integration of mind and soul.

Since the pre-Vedic age, Yoga has been a prevalent form of meditation that promotes positivity and optimism and helps you grow from within. Yoga founds its mention in the oldest textbooks in the world, Bhagavad Gita and the Rig Veda (written approximately around 1500 B.C.). With several eminent Indian personalities like Swami Vivekananda talking about the benefits of Yoga and introducing it to the western world, it just doesn’t concentrate on physical health but with an amalgamation of physical and mental well-being.

Fact #3: Savasana is the most challenging posture in Yoga

Many of us see videos of yoga experts practising several unbelievable and difficult yoga postures, one of them that doesn’t require any help or teaching is the Savasana. We love this sleeping pose, and it is probably one of the many contortions that we enjoy. But what if I tell you that Savasana is actually one of the most challenging poses in Yoga?

Well, this might come as a surprise to you, but Savasana is not an easy posture to master. You see, Savasana requires you to lie down with your eyes closed, the body loses, and your senses relaxed. It demands your mental concentration and calmness, the power to notice the faintest sounds of nature, drive away all your negative thoughts, and focus on positive ones. In Savasana, you unite your mind, body, and soul and align the achieved power on things that matter the most- you. And that is not easily achieved.

Fact #4: You don’t have to align with Yoga; it aligns with you

There are over 84 yoga asanas, and all of them can be mixed together to form different combinations. So, you see, no one person can do all 84 in a day. It is why you find different yogic poses every time you search the internet for some inspiration. Yoga is more of a means to discover your potential and control, and there are so many ways you can perform a single posture. Gradually, as you evolve, you find poses that keep your body and mind healthy so much that the perfection of postures won’t matter.

While this might seem like something you’ve read but never believe much, but truly, Yoga flushes out the toxins from your body, eliminates diseases, and prevents foreign particles from having any adverse impact on your body. Moreover, when you’re practising Yoga, you increase the blood flow to the farthest parts of your body, ultimately adding a natural glow to your skin. With fewer toxins causing oxidative damage to your cells that leads to premature ageing, you stay happy, young, and healthy.

Vata dosha is when an external factor like junk food, grief, stress, tension, anxiety, etc., causes an imbalance in your mind and body and makes you feel uneasy, angry, or sad. Yoga is more about controlling the mind and body and helps cure the Vata dosha. Vata, in Sanskrit, means establishing control over body functions like cell division, regular breathing, blood flow, smooth digestion, etc., of the body. And Yoga is the perfect remedy for it.

Well, there are no secrets here, but people who practice Yoga enjoy sex or are good at it way more than those who don’t. When you practice Yoga, you work upon your physical and mental health, optimize, improve, and maintain it. These days people live busy and stressful life, and most of these problems are caused because of unsatisfactory sex, infertility, premature ejaculation, and many such sex problems. Yoga reduces this tension and increases your sexual prowess. In addition, many postures of Yoga are said to help solve sexual issues like low sperm count, premature ejaculation, etc.

Fact #8: the first Yogi in the world was Lord Shiva

Mahadev, as Indians popularly call him, Lord Shiva, is said to be the creator of this world. In addition, he is considered to be the first Yogi as well, named the Adiyogi. He sowed the seeds of Yoga, popularized its practice, and imparted its knowledge to seven individuals. Then, these seven people came to know as Saptrishis, and they had only one motto in life: to spread the knowledge of Yoga to the world. And they did a pretty great job at it!

When people say that Yoga improves your health or that Yoga is life, there aren’t lying. Yoga has a lot of benefits on humankind- it improves the nervous system, heart health, emotional health, aids in digestion, boosts immunity, strengthens bones, etc. When you become an avid yoga practitioner and devote your time and energy to Yoga, you are on your way to living a healthy, long, and fruitful life.

Fact #10: Yogis believed that every human has a limited number of breaths

Yoga is centred around improving breathing and controlling it. All its contortions and postures talk about breathing. It is because yogis believed that each human has a limited number of breaths allotted to them, and when you control your breath, you prolong your lifespan. Hence, the concept of breathing deep and nicely in Yoga.

The brain is a very complex organ, so much so that it takes strong medications to control its activity. It consists of two components- grey matter and white matter, responsible for cognitive functioning. However, as we age, our grey matter decreases, and we’re not so sharp-witted as we used to be. Think about trying to learn something when you’re 60. It’s not going to be as easy as when you were 20. However, studies have found that yogis have more grey matter volume than those who don’t practice Yoga. In fact, they have concluded that the more Yoga you do, the thicker your grey matters get.

As mentioned earlier, yogis have a philosophy that we all have an allotted number of breaths in a lifetime. The faster we breathe, the more stressed we feel, and the shorter our lifespan is. On the contrary, long and calm breathing brings balance and contributes to overall wellness. Yogis tend to use oxygen more efficiently when exercising than others. And this activity benefits your lungs and improves your capacity.

Bending away our thoughts

Yoga is one exercise that doesn’t demand much sweat and effort from you. What it needs is a united body, mind, and soul. The practice has been gaining tremendous popularity over the last few years, especially in the western world. besides that, yoga is beneficial for you and is sure to deliver satisfactory results. 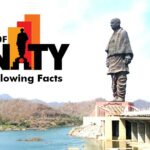 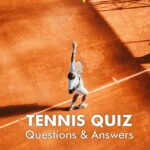