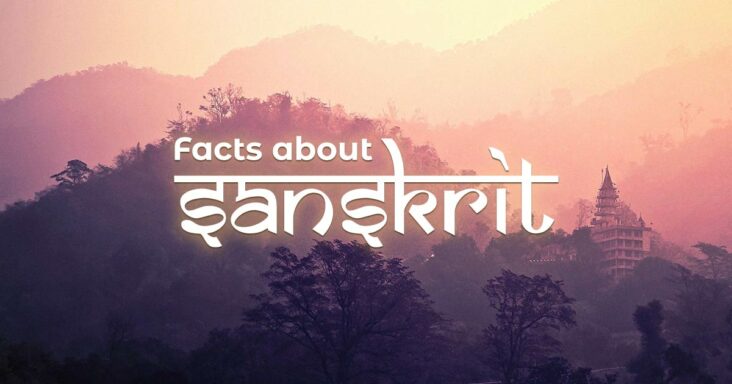 Remember how you used to dread those Sanskrit classes back in school, and you always thought this language was not just tedious to master; it is actually quite overwhelming as well. Turns out, Sanskrit is the primary sacred ancient language of religions around the world, and it is the oldest language known to humankind. Although its origin ground has been postulated to be throughout the Asian continent, it was early Indians that developed this language and popularized its concept so that it became the foundation language for all the European languages.

It is probably why our teachers were so hell-bent on us learning Sanskrit, and we, learning it by heart, only for our examinations. As Indians, we should be proud of Sanskrit getting so much mainstream respect, which it deserves as it is the language of our forefathers, a language spoken by the gods in Hinduism. But that’s not all the history of facts about Sanskrit; there is so much more to it.

And we’ve taken up to the charge of acquainting you with some amazing facts about Sanskrit you must know. So, let’s get started.

Fact #1: It is, in fact, the oldest language in the world

Well, as a first-time Sanskrit learner, the first thing your teacher tells you is that Sanskrit, in fact, is the oldest language in the world. And this is actually true. Sanskrit has a recorded history of more than 3500 years, and it is widely believed to be one of the oldest languages in the world. All the Hindu scriptures, including the oldest ones- the Vedas, written during that time were in Sanskrit. Even Satyamev Jayate, written on our national emblem, is a Sanskrit phrase. As a peculiar language, Sanskrit describes water in over 70 related words and elephants in over 100 synonymous terms.

The earliest form of Sanskrit language was Vedic Sanskrit that came into existence around 1500 BC, a highly learned and knowledge-oriented period in history known for scholars imparting it to students orally.

Fact #2: Sanskrit, indeed, is the mother of all languages

Fact #3: Sanskrit is the language of algorithms and computers and future

It is quite an unbelievable fact, but as a NASA scientist, Rick Briggs, Sanskrit is the most appropriate language for computers. More so, it is considered by scientists to be highly efficient in making algorithms for computers.

To conclude, Sanskrit is not just a language for computers; it has embarked on a global appreciation as well. NASA has been researching Sanskrit through 60000 manuscripts written on palm leaves and deciphering more about this ancient language. A total of 17 countries, including the US, have top-end and renowned US universities with dedicated departments to study and research Sanskrit. With all this research, Sanskrit turns out to be truly the language of the future.

Fact #4: It is a highly versatile than any other existing language in the world

Did you know you can say something in Sanskrit in the least number of words! Sanskrit is a treasure trove of words with related synonyms and one of the most versatile languages known to humankind. Moreover, Sanskrit has the largest repository of associated terms, each with a specific meaning. As mentioned before, a simple word like water has over 70 synonyms, and an elephant has over 100 synonyms. Where English has only one word for love, Sanskrit has 96.

Fact #5: Sanskrit is good for your brain

Sanskrit has been proven to be beneficial for several therapies, including speech therapy. Research even suggests that learning this language positively impacts your brain functioning and is perfect for students who want to excel academically. So, if you want to get better at subjects like Mathematics and Science, try learning Sanskrit because it surely will enhance memory power, concentration, and retaining capacity.

Fact #7: It is one of the clearest languages in the world

As per NASA, Sanskrit is the most unambiguous language in the world and is not open to more than one interpretation. Unlike other modern languages where the same sentence can be interpreted in many different ways, depending on its context, Sanskrit doesn’t give the speaker and the listener this luxury. The context, way you speak, and your body language is not necessary to understand the meaning of a sentence in Sanskrit. It turns out if you need to communicate clearly while not offending anyone, Sanskrit is your cue.

Fact #8: Sanskrit is the language of the Gods

Well, as told earlier, Sanskrit is the language of several oldest Hindu scriptures, including the Vedas. But that’s not it. Sanskrit also finds its derivation into other religions like Buddhism and Jainism. Sanskrit considered Dev Bhasha or Devavani, translated to the ‘Language of the Gods’ by ancient Indians. The popular script called Devnagari, meaning the ‘City of the Gods’, is believed to be where the language, Sanskrit, originated by the God Brahma, who passed it down to the sages living in the celestial abodes. These Rishis then communicated these principles to their other earthly disciples from where it was popularized throughout the earth.

Fact #9: The reception to Sanskrit started declining in the 13th century

The decline of Sanskrit started around the 13th century when Islamic monarchs continuously invaded India to create a Muslim rule thereafter. It was when sultanates started aggressively conquering Indian territories, which would then come to be known as the Muslim Empire.

And with the fall of Kashmir, a premier center of Sanskrit literacy disappeared, recorded in the pages of the history as the fires that periodically engulfed Kashmir’s capital or during the Mongol invasion of 1320. Since then, there has been a consistent decline in the number of people who know Sanskrit properly. As per the 2011 census, only 24000a Indians said that Sanskrit was their primary language, which is less than 0.01% of the entire Indian population back then.

However, in modern times, countries like Germany find it hard to meet the needs of people wanting to learn Sanskrit. Guess the trend with this language is back now!

Fact #10: Sanskrit is the language of scholars and classic literature

Sanskrit has been known as the language of the scholars, including Panini, Kalidas, Ashvaghosa, Harishena, Jayadeva, Somdeva, Brahmagupta, Amaruka, Bhaskaracharya, Aryabhatta, Kautilya, and more. In ancient India, the scholars considered Sanskrit to read and write religious literature, including the Vedas, Upanishads, Ramayana, Mahabharata, Geeta, Meghdutam, Arthashastra, Nagananda, etc. Since all these scriptures will be written in Sanskrit, scholars knew the language to its core.

These were some of the most amazing facts about Sanskrit that you ought to know. And as for learning the language, skip Spanish, French, and German and give Sanskrit a try. 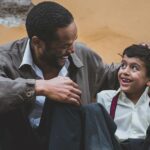