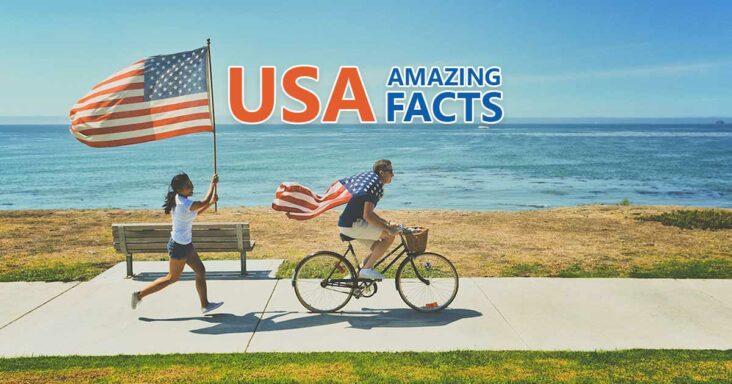 America is one of the greatest countries in the world – there are no two ways about it.

The USA is also the most influential nation in the world – this is another irrefutable claim about the country.

From cinema to life-changing inventions and from liberty to freedom, the country is at the zenith of its power and has the best of everything.

But these are the things that the whole world already knows about.

Are you curious to know about some interesting facts about the USA?

We are sure you are!

That’s why today we have rounded up a list of 20 interesting and rare facts about the USA.

20 Interesting Facts About the USA

1. Americans and their L for Pizza

Well, who doesn’t! At least Americans love’em pizzas like anything.

Most Americans are so fond of burgers and pizzas that the US is the highest consumer of the cheesy, gooey dish in the world, even more than the inventor of pizza, Italy.

According to a report, 100 acres of pizza served every day in America. An average American eats 8 pizzas every month.

2. America’s Flag was Designed by a High School Student.

Robert G.Heft, a 17-year old chap designed a flag for his school project. Initially, he got a B– for the project, however, in 1959, his design was chosen by the president. Naturally, he was later awarded an A grade after his flag got selected.

3. New York was the Original Capital of the USA

New York served as the national capital of the USA for 5 years, between 1785 to 1790 under the Articles of Confederation.

4. The United States Started the Internet

The Internet has no single inventor. But it was first started by the efence department of the USA more than 50 years ago. ARPANET was the first network ever used.

5. GPS is Controlled & Owned by the USA

GPS system of the whole world is controlled and owned by the US government. Just imagine what if they suddenly switch it off? It shows just how powerful and influential America actually is.

6. America has the Olympic Medals of All Time

Americans are at the top in just about everything, even in the Olympic Games. The US has won the most Olympic medals of all time.

Michael Phelps, the athlete with the highest number of Olympic medals in the world is also from America.

7. James and Mary are the Most Common Names in the USA

You are likely to see a lot of people going by the name James and Mary in America. Moreover, “Smith” is the most common surname in the United States. Over 1% of Americans have Smith as surname.

8. Americans Can Travel Without a Visa

The Americans are overprivileged in so many aspects. Do you know that US citizens have the best passport system in the world? Every American can travel to almost 116 countries without any visa requirement.

On top of that, they can receive a visa on arrival in 44 additional 44 countries.

What an amazing life Americans have!

This may come as a shock to many of you, but Russia and America are only 3.8 km apart from each other. Actually, both the countries own one island each in the middle of the Bering Strait between Alaska and Siberia, which is divided by the international dateline.

10. Alaska was Purchased by the USA

Do you think Alaska was always a part of America?

If yes, then you are wrong.

The United States purchased Alaska from Russia in 1867 for $7.2 million only.

11. The USA was the First Country to Gain Independence

On July 4, 1776, the USA declared its independence and became the first country to gain independence from the European Empire.

12. The USA experiences the highest number of tornadoes

On average almost 1000 tornadoes hit the USA every year, which is the highest tornado rate in the world.

13. America has No Official Language

The USA does not have any official language. English is the most spoken language followed by Spanish.

It is a common saying that each American uses as much energy as 32 Kenyans. And globally, as a whole, the United States consumed over 18% of the world’s energy.

15. The USA was the First Country to Develop Nuclear Weapons

The USA is not only the first country to develop nuclear weapons but also the only country in the world to use them incombat.

16. Islam is the Third Largest Religion in the USA

After Christianity and Judaism, Islam is the third largest religion in the USA.

The US is the only country to ever step foot on the Moon. America’s Space Exploration organization NASA is the best space research organization in the world.

18. Most of the Deaths in America are Caused Due to Heart Attack

One in every four deaths in America is caused due to a heart attack. Every year in America, about 735,000 people die due to a attack.

19. The US is the Largest Economy in the World

The United States accounts for up to 25% of the total GDP of the world. The country has a legion of young citizens, one of the highest average income rates, technological innovation, and so forth.

20. USA is the 3rd Largest Consumer of Internet

America is the 3rd largest consumer of the internet in the world, after China and India, respectively.

Hope this quenches some of your curiosity about the United States!

How many of these facts about the USA did you already know? Let us know in the comment section below! 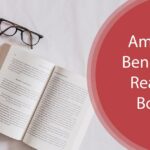