In this article, we will explore 15 interesting facts about the Great Pyramid of Giza. The Great Pyramid of Khufu is usually the first thing that comes to mind when one thinks of pyramids. It’s the oldest and largest of the three pyramids and one of the most famous structures in the world. This pyramid was built as a tomb for Pharaoh Khufu (or Cheops), who ruled from 2509 to 2483 BC.

Situated at the edge of the desert plateau, on the west bank of the mighty River Nile, the Great Pyramid of Giza is one of many incredible monuments constructed by ancient Egyptian pharaohs in what is today a UNESCO World Heritage Site.

When it was first constructed, the Great Pyramid towered over the ancient world at an incredible height of 146 metres (480 feet) – today, it stands at 137 metres (449 feet) or 230 metres (755 feet) when we include its limestone and granite casing stones. However, over the centuries, its stature shrank due to people stealing the limestone blocks used to build it.

The pyramid is composed of 2.3 million limestone blocks arranged in perfect symmetry. Each block weighs at least 2 tons, but some weigh 50 tons, and even those were carried 500 miles and lifted over 50 feet high. This building process is nothing compared to their most impressive architectural feat.

Built for Pharaoh Khufu (or Cheops), this impressive building remained the tallest man-made structure on the Earth for more than 3,800 years.

Contents show
15 Interesting Facts about the Great Pyramid of Giza
Fact #1: Pyramids of Giza Were Purpose-Built as Tombs for Pharaohs
Fact #2: Build Using Simple Tools and Machines
Facts #3: More Than 130 Other Pyramids Have Been Discovered
Fact #4: Lone Survivor of the Seven Ancient Wonders of the World
Fact #5: The Great Pyramid of Giza is the Largest and Oldest
Fact #6: The Temperature Inside the Pyramids Remains a Constant 20° C
Fact #7: The Secret Burial Chambers of the Great Pyramid
Fact #8: Great work of Mathematics, Geology and Astronomy
Fact #9: Great Pyramid has the Ability to Withstand Natural Disasters
Fact #10: Sphinx – A Mythical Creature
Fact #11: A Swivel Door
Fact #12: Covered with Polished, Highly Reflective White Limestone
Fact #13: The Realm of the Dead
Fact #14: The Afterlife Resting Place for Pharaohs and Queens
Fact #15: What if the Great Pyramid was Built Today?

15 Interesting Facts about the Great Pyramid of Giza

Fact #1: Pyramids of Giza Were Purpose-Built as Tombs for Pharaohs

Pyramids of Giza were purpose-built as tombs for pharaohs (rulers of Ancient Egypt) and their consorts during the Old Kingdom of Ancient Egypt. They were constructed over 20 years and built by thousands of skilled labourers. The Great Pyramid, known to locals as Khufu’s Horizon, is the oldest and largest, rising at 481 feet (146 m). It is estimated that 80,000 workers dragged 2.3 million limestone blocks on sledges to complete the pyramid in 20 years.

Builders of the pyramids used a combination of large stones cut from quarries and limestone blocks carried on barges up the river Nile. Experts believe that the pyramids were built by 20,000 skilled workers using simple tools and machines.

Facts #3: More Than 130 Other Pyramids Have Been Discovered

Though the Great Pyramid of Giza is the king of all the pyramids, it’s not the only one in Egypt. More than 130 other pyramids have been discovered. Located about 25 miles south of Cairo, many of these pyramids were built for Egyptian royalty who would “ascend” to rule as pharaohs after their transition from mortality.

Fact #4: Lone Survivor of the Seven Ancient Wonders of the World

The Great Pyramid of Giza is the lone survivor of the seven ancient wonders of the world and, for some, one of the most mysterious buildings in history. It was built as a tomb for Pharaoh Khufu around 2560 BC, but many facts about why, how and when it was built are still unknown. While it had been a significant source of mystery throughout history, much about this incredible structure remains elusive.

Fact #5: The Great Pyramid of Giza is the Largest and Oldest

The great pyramid of Giza is the largest and the oldest of the three Pyramids, which today stands at 137 meters (449 feet) high. However, when it was initially built, the Great Pyramid was 146.5 meters (482 feet) tall, but over the centuries, its stature shrank due to people stealing the limestone blocks used to build it.

Fact #6: The Temperature Inside the Pyramids Remains a Constant 20° C

Though there has been much speculation as to how the Great Pyramid of Giza was built, no one knows for sure why it was built, and the pyramid itself remains shrouded in mystery. What science does know is that despite the scorching heat that can often be felt in Egypt, the temperature inside the pyramids remains a constant 20 C – the average temperature on Earth.

Fact #7: The Secret Burial Chambers of the Great Pyramid

The secret burial chambers of the Great Pyramid can only be entered by twisting, turning and crawling through a narrow passageway. Inside, see the riches fit for a Pharaoh—and if you dare, enter the pyramid’s two secret rooms, where his mummy was likely to have been interred.

The great pyramid is a super work of mathematics, geology and astronomical science. For example, The Great Pyramid sits right on top of the Earth’s geographical centre. And if you have always wondered how the pyramid’s creators managed to align the massive structure perfectly with the cardinal points, then this is your chance to find out.

Fact #9: Great Pyramid has the Ability to Withstand Natural Disasters

An excellent example of the Great Pyramid’s ability to withstand natural disasters such as earthquakes is in the construction of the cornerstones of its massive foundations. They were discovered to have been built in a ball and socket construction that would allow for movement during heat expansion or earthquakes.

Located in Giza, the Sphinx is a unique limestone statue of a reclining sphinx – a mythical creature with the body of a lion and the head of a human. It was carved from a single piece of stone, along with its temple and parking lot, which was later dismantled. The face of the Sphinx was believed to have been that of the Pharaoh Khafre himself (the same who built the second pyramid at Giza).

The 4,500-year-old Great Pyramid was once fitted with a swivel ‘door’ that weighed up to 20 tons and could be pushed open from the inside but was too flush to detect from the exterior.

When the Great Pyramid was built, it was 1450 feet tall and covered with polished, highly reflective white limestone. Unfortunately, much of this outer casing was subsequently pillaged for use in building projects in Cairo.

Welcome to the realm of the dead. Built on the West bank of the River Nile, the Great Pyramid of Giza is steeped in symbolism and mystery that continues to fascinate experts and amateurs alike. Explore this ancient edifice and see why it has inspired so many conspiracy theorists, treasure hunters and theories on how it was built by aliens.

Fact #14: The Afterlife Resting Place for Pharaohs and Queens

The pyramids of Giza were built to be the afterlife resting place for pharaohs and queens. Carvings on the temple walls show everyday life in ancient Egypt, including priestesses dancing at festivals. The pyramids were built in the desert because it was believed to be home to the “ka,” the spirit of a person after death.

Fact #15: What if the Great Pyramid was Built Today?

What if the Great Pyramid was built today with the same amount of workforce? According to a study, it would take 1,800 years to complete.

You may also like: 10 Interesting Facts About the Statue of Unity “World’s Tallest Statue”

Make your way to Egypt this summer and marvel at one of the Seven Wonders of the Ancient World!

How many of these facts about the Great Pyramid of Giza did you already know? 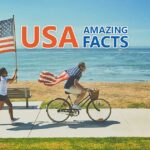