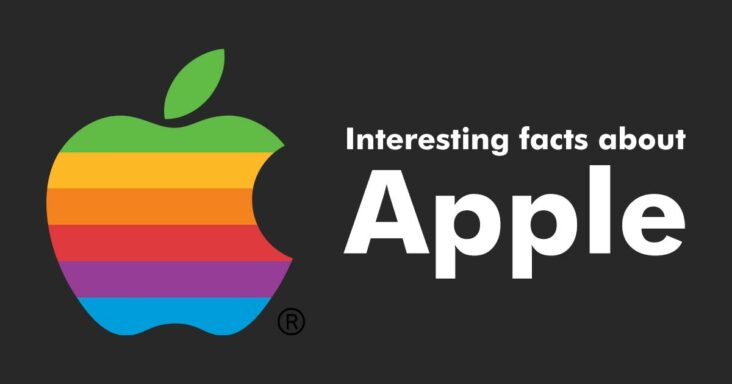 Apple Inc. was founded in 1976 in California, USA by Steve Jobs, Steve Wozniak and Ronald Wayne. Apple Inc. became one of the most valuable companies in the world and is currently one of the Big Four technology companies alongside Facebook, Google and Amazon. In early 2019, it reclaimed the title of the most valuable public company in the world, ahead of Microsoft and Amazon.

Here are 20 interesting facts about Apple:

Steve Jobs sold his Volkswagen Microbus for $750 and Wozniak sold his HP65 scientific calculator for $500 to raise funds to start Apple.

Apple originally had three co-founders. The third co-founder, Ronald Wayne, had joined Steve Jobs and Steve Wozniak. Ronald Wayne’s journey with Apple didn’t last long and he left the company only 12 days after it was founded. Wayne sold his 10% share for just $800 and got an additional payout of $1,500. If he had stayed with the company, the worth of his shares would be around $60 billion!

In Walter Isaacson’s, Steve Jobs reveals that he’d come up with the name while “on one of my fruitarian diets.” Having just visited an apple farm Steve thought the name sounded “fun, spirited and not intimidating.”

In 1997, Bill Gates breathed fresh life into Apple with a $150 million investment, saving it from imminent bankruptcy.

In 1997, Bill Gates breathed fresh life into Apple with a $150 million investment, saving it from imminent bankruptcy. Click To Tweet

Steve Jobs was fired by Apple in 1985, despite being its founder.

After a few years of starting Apple, Steve Jobs realised a need for a person who could create business strategies and spread Apple internationally. So he hired John Sculley, the Ex CEO of PepsiCo, to run the company alongwith him.

After the failure of Mac Lisa, mainly because of its hefty price tag, Steve Jobs and John Sculley had different ideas regarding the future of Apple. Steve Jobs believed in creating “revolutionary and world-changing” products, while John Sculley wanted to make profits.

Arguments heated up between the two. The Board of directors held a vote and came to the conclusion to fire Steve Jobs.

Undoubtedly, it’s amongst the most interesting facts about Apple.

The ‘i’ in the Apple products stand for internet, individuality and innovation.

Today, Apple operates more than 500 stores in around 20 countries and is a trillion-dollar company. A company known for its unique innovations in technology, there is much more coming up from the side of Apple to mesmerize its customers in the near future.

The high prices of Apple devices have always been among critics’ biggest complaints. But if we look back at the early days of Apple, their devices always boasted a higher price tag. If you account for inflation, back in the day, the Apple I would have been more expensive than the current MacBook Air or even a MacBook Pro.

There are rumours on the internet that the first Apple computer was built for $666.66 in a devilish twist. Instead for more pragmatic reasons, as Steve Wozniak once clarified at a news conference, “I was into repeating digits”. He worked a deal to sell computers wholesale price to the store for $500 and adding a third to get the retail price made it around $667, which Steve Wozniak changed to all one repeating digit — $666.66.

Apple could not sell its products in Brazil for a long time, as the name was copyrighted by a company called IGM electronics there.

Apple has a ‘no smoking’ ban regarding their computers. Apple devices detect smoke and smoking around the Apple computers leads to the void of warranty.

Every Apple employee received an iPhone free of cost, at one time, from Steve Jobs himself.

Apple Inc. is not only a series of success stories. In 1983, it launched Lisa, a line of computers. Lisa did a lot of amazing things. It was the first computer with Graphical User Interface (GUI). It was super powerful but too darn expensive. The introductory price was US$9,995 (equivalent to $25,970 in 2020). Lisa tanked miserably.

Apple does not ship any product in any way other than air.

Apple products usually have code names. The iPhone X is code-named the ‘Ferrari’.

14. A Case of Revenue More than GDP

Apple has a yearly revenue greater than the GDP of Iraq and Ecuador. Also, Apple at $2 trillion market cap tops GDP of Brazil, Canada, Italy, Russia and many other countries.

At one time, there was a rumour that Apple was named after the brilliant English mathematician Alan Turing, who committed suicide by cyanide poisoning, and was found with a half-eaten apple by his side.

Despite trade wars between the USA and China, China remains the second biggest market for Apple, with annual revenue of around $20 billion.

17. Surpassing the US treasury

At one point in time, the operating cash balance of Apple Inc. was nearly twice that of the US treasury.

The creator of iPod, Tony Fadell, had initially offered the device to Philips, who turned it down. It then went to Apple, who revolutionized the music industry with it.

The revolutionary iPod was almost named as Tripod or Telepod.

How many of these interesting facts about Apple did you already know? Let us know in the comment section below! 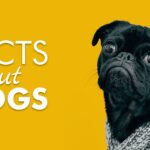 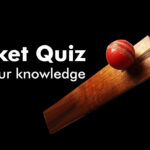